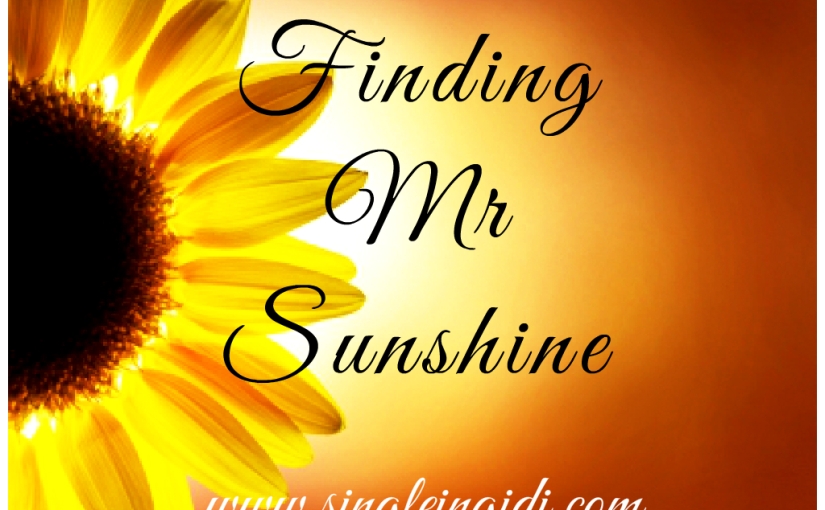 ‘What do you mean his ex-wife is not dead?’ I asked Inem.

To be honest, Inem’s incoherent story was the least of my worries but I had to continue the conversation to know what else she had dug up.

‘She’s not dead, I had it all mixed up but I think they are divorced’

‘So what about the wedding pictures?’

‘I guess she never updated her profile from married to divorced’

‘What’s so messy about it? You have a correct guy”

Telling the story that your almost boyfriend wants to be with you but can’t have kids was a bit challenging for me so I chose the other route.

‘But his money is your type right?’ Inem snapped back

‘It’s not about the money’

‘Sunshine, you’re not a teenager o, other than money, what else is it about? Abeg stop looking for whirlwind romance and focus on a comfortable future’

And that was the thing; Tunde could give me the whirlwind romance with the added benefit of a comfortable future. In less than a month of dating, he had shown me around Lagos, to places I had never seen and taken out time to understand me as a woman

Our date didn’t end well, I walked out on him after he mentioned having a vasectomy and I haven’t bothered calling or picking up his calls since then. It was just too much to take in. I want kids, I like children how do I start a life with someone knowing I cannot have children of my own.

But then there was the inability to have kids, what is love if you can’t have kids?

~ Sunshine we need to talk about it, please stop ignoring my calls

~ Hey Sunshine, na wa o, you didn’t even bother to check on me. Hola back when you get a chance. Nnamdi

Another text message I choose to ignore

‘What would you do if you found out you could not have kids with a man you are with?’ I asked Nky

‘I would walk away; so Tunde doesn’t want more kids?’

‘Sort of, but he wants to be with me’

‘Yes but I also want kids’

‘Then find a balance and talk it out’

This is where I was supposed to tell her that it’s not that Tunde does not want more kids, it’s cause he can’t have more kids.

‘Huh? Wasn’t he just on my case a while ago’

‘Well he was, you turned him down and now he is engaged’

‘Who would want to marry that jerk?’

What surprised me was the sudden rush of anger that came over me finding out Chris the desperate was engaged to be married. I know I would never marry him as a matter of fact, the thought of having to wake up next to him everyday sounds like a death sentence to me but a part of me wishes I was the one who was engaged and he was the one feeling bad because then he would have known how stupid he was for talking to me the way he did.

But that was not the case, he got engaged to someone who had to be as desperate as he was while I was here missing Tunde and remembering that a future with him meant no little ‘Sunshines’.

After hearing about Chris, I decided it was time to give other options a chance and go on a proper date with Nnamdi, who would be Plan B or maybe Plan A.

Nnamdi is a sweet guy but not my type. It was obvious he was trying too hard to please me with his constant compliments and careful conversation topics.

‘You’re very beautiful’ He would say at least twice in every hour or maybe more…he sha said it enough times that it was beginning to sound redundant to my ears.

‘Thanks’ I would reply, that too sounded redundant each time I said it.

‘So tell me, why exactly are you still single because I don’t get it’

Another Nigerian man and their poor choice of questioning

‘Great! I hope you find love in me’

~ Sunshine. Please talk to me. I can’t stop thinking about you. I’m in love with you

~I want love, marriage and kids

I want it all.

Admin- Single in Gidi View all posts by Admin