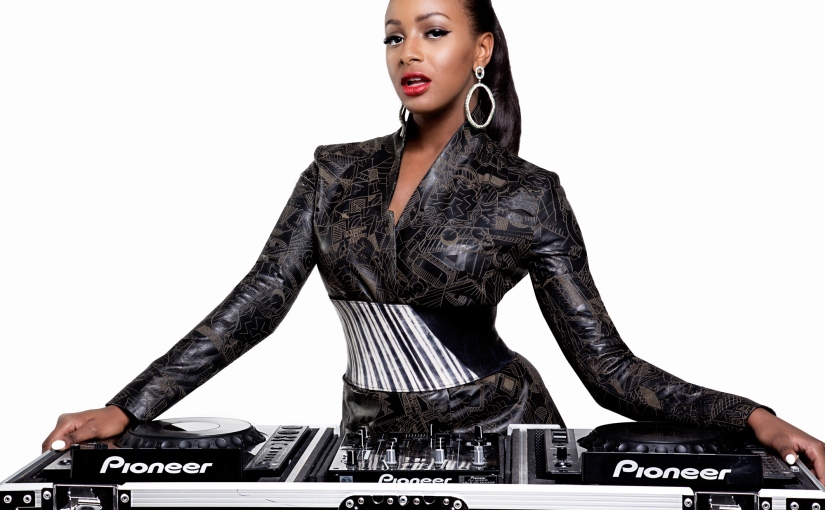 I remember the days of merely having a live-band at weddings. Or putting your IPod on shuffle at parties – birthdays, engagements, dinners, house get-togethers, pool parties, you name it. Now, you can’t even try such. Don’t you dare! You must have a d-jay at your gathering, even if it’s just 10 of you there.

However, you must BE AWARE that you cannot just have any random d-jay. Don’t beg your brother or sister to d-jay or get one random d-jay from Agege. Please, don’t disgrace yourself and your lineage, biko nnu. There is a list of d-jays you can pick and choose from – the only list you should pick from if you want to be cool; luckily, I’m here to aid you on your quest to becoming a cool kid.

D-Jay Obi – in fact, I don’t even know where to start with this chap. He knows how to do all those funky mixes and he’s always ready to listen to your request and play it (even if it’s when everyone has left and the cleaners are dancing, he’ll still play it sha. You didn’t specifically state you wanted it played in your presence now, did you?). He’s almost always requested by the cool clubs like Sip and Vapors and by the cool Lagos circle crowd. Once you hear ‘DJ Obi on deck’, just know you’re at a party that will be cooler than icicles. ‘Oh, he’s expensive’…uhm, please why are you reading this manual? It’s not for paupers like you. Comot comot comot!!!!!

D-Jay Xclusive – ahhhhhhh, this one is a celebrity oh. He’s even got his own slot on one of those radio shows. I’m not exactly sure if he still d-jays at parties or weddings considering he has his own music video and the like (as exclusive as his name hehe). BUUUUUUUT, if you can get him, then you are just a baba nla and people need to dobale when they communicate with you, even if it’s over the phone. One thing though, because, I imagine, he has a whooooole lot of songs in his repertoire, per chance that’s why he wants to showcase all of them. I mean, no other possible reason why he will be playing one song for 5 seconds then switching to the next one then the next one then the…well, you get the picture. Maybe it’s because he does not want people requesting for songs because, I mean, he played it that time you coughed. It’s not his fault your cough was drawn out for several seconds. So…yeah, *shrug*

D-Jay Cuppy – There are several reasons why DJ Cuppy should be at your party. One, she (YES SHE!!!!! So cool, no?) d-jays like the Guettas and Bob Sinclairs of St.Tropez parties. This means, your cool stratosphere will be off the charts once she deigns to grace your party. Two, she’s elite – she’s a posh one and hangs out with posh people and djays for posh parties, ergo, your party will automatically be called posh. Exclusive (no, not you Rotimi).

D-Jay Lambo – as a chocolate city d-jay, she’s pretty popular. Another female! *excited feminist shriek* Anyway, she used to be an OAP or something but she’s now ‘sought-after.’ Yes, that’s the phrase for her. I implore you, plead with you, beg you, in fact, command you to join those seeking her. They are cool. Don’t you want to be cool too?

D-Jay Jimmy Jatts – Ahhhhhh, this one isn’t about being cool per se. It’s about flossing. So please, if you don’t have money, let me just stop here. I cannot be giving myself arthritis untop typing for the impoverished. If you want to actually use him then, gurrrrrl/boiiiii, you need contacts in heavenly places – well, until you are cool enough to get him at your event with the press of a button. (Once you get to that status, please don’t forget I helped you get there. Don’t forget your sister).

D-Jay Sose – well, to be perfectly honest, the only reason his name is on this list is because of his faux-facial tattoo. I say faux because we really don’t know if it’s real or not. If the latter then he’s a legend – the painstaking effort required to apply this paint, and the way it looks the same day in, day out…legend, I say. However, for his d-jaying skills…well, I can’t help you there. Have him at your party though; if only for your guests to name drop that he d-jayed – at the end of the day, he’s popular, innit!

D-Jay Poppaey – last but certainly not the least, there’s DJ Poppaey. The newest kid on the block. Well, new to me considering I’ve been in this cool game for a while and he wasn’t there then! Anyway, he’s known for his wedding entertainment skills so if you have a wedding coming up and DJ Obi is booked (*cough*, we all know that’s everyone’s first choice, don’t we?), then look no further because Mr Poppaey will fly to the rescue. No, literally. He will. He doesn’t mind hopping on that plane…as long as you’re paying of course!

With the above list, I hope I’ve been able to aid you in your quest to becoming cool and having the coolest party and the bestest D-Jay. Oh, and for those that want to become DJays, well, the market has become rather saturated, but if you have the necessary connects i.e. friends in high places, parents in high places, aristos in high places *cough cough*. Anyway, you understand what I’m trying to say sha – if you have the connects, then go for it! I might be writing a 2nd edition of this glorious self-help manual and you just might see your name on my D-Jay list J

Admin- Single in Gidi View all posts by Admin