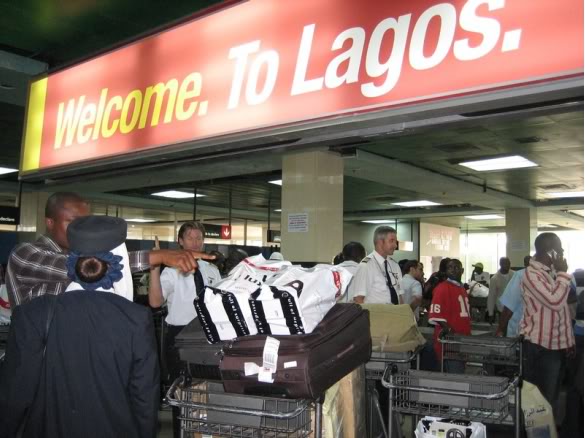 It’s that time of the year again…

That time when Lagos is heavily saturated with accents from far and wide, that time when there are more complaints on social media about the weather,  the traffic and most of all, that time when true Lagosians (those who live and work in Lagos) are almost paranoid about losing their loved ones to these foreigners.

Welcome to the ‘I just got back?’ season

Most singletons roam the city with the hope that ‘this year’ would not pass them by after all. And who can blame them? with the number of ‘testimonies’ shared on popular blogs, almost every single lady is on the mission to bag that ‘correct’ guy before the year runs out.

Salons are congested with ladies trying to look their best and malls become strips to showcase your God-given or human enhanced beauty, whatever the case, this is the season where single ladies do not dull because we live by the motto ‘you never know who is watching’

Guys are not left out of this, they are often occupied with thoughts on how to look better and by better, I mean how to look ‘richer’ because they are under the impression that ‘foreign’ babes only like men with money and class. So they borrow money and  luxury cars just to ‘please’ these ladies until the season is over and then they can  go back to keke napeps and one square meals.

For some in relationships though, this is the time when they begin to question the ‘seriousness’ of their relationships because young men get missing at the sound of  foreign accents and young ladies denounce all relationships like a plague at the sight of ‘hard’ currencies and buff bodies (there has to be a reason why all these ‘returnees’ seem buff anyway)

Don’t get me wrong though, it’s not that we do not love to see our IJGB family & friends but the Lagos obsession and fascination of ‘bagging’ a foreigner especially in December is what amazes me and one I may never understand.

On that note, the SIG would like to wish you and yours a fabulous Christmas and as they say you never know sha so keep your eyes open, your future husband/wife may be around the corner (maybe with a foreign accent LOL)

P.S – If you have to ‘question’ your relationship because of a few weeks of distraction then maybe it’s not meant to be #justsaying #missgidishrug