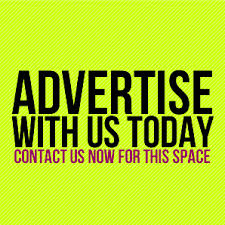 I believe I met the love of my life about a year ago, he was everything I wanted in a man, he was smart, funny in a nerdy way, loved good music and had the fear of the Lord in his heart. We fell in love, got married and were going to live happily ever after for the rest of our lives.

That was all in my head

What really happened was that I met a guy via social media (we’re in 2014 so don’t judge), we connected in many ways that made me wonder where he had been all my life. He was a Lagos boy as well so we had a lot of Lagos childhood memories to share and laugh about. To be honest, no other man at the time was able to have my attention the way he did. Sadly, it was a long distance thing so we spent hours getting to know each other through phone calls and Skype dates. There was a connection, one I could not understand, like we were meant to be soul mates, you know the kind of stuff that you see in Hollywood movies.

Then I got to finally meet him in person, he was visiting for 10 days and I was determined to spend every day with him and that we did. Our connection was much stronger in person and we enjoyed every moment we had together until his last day. He possessed everything I could imagine in a man, I mean how else do you want a man to look at you? Talk to you? And treat you? With him I forgot all about my insecurities as he made me feel like the most beautiful woman in the world.

In reality we spent 9 days together because on his last day he became distant as he remembered he had to go back to his base, to the girl he left behind who loved him as much as I did. Oh yea he had a girlfriend and I had become the accidental side chic, like a cyber-mistress that was too good to be true. So slowly we drifted apart, the phone calls and Skype dates disappeared; we became strangers on the internet with the occasional hellos as our way to say ‘I still have you in my thoughts’

This is not my story but that of a friend, Hadiza’, who told me about a certain guy she thought would be ‘the one’. She, like many others had gotten too close to a guy and started something which she shouldn’t have in the first place. It wouldn’t be her first and I could totally relate with her because I have been there too. Often times in the course of life, we meet people that we believe are our possible soul mates and end up being hurt when it never works out quite as planned or dreamed.

After each breakup of a non-relationship, we find ourselves in a state of ‘what ifs?’ What if we were together? What if he/she is actually the other half of me that I have been searching for all my life? As Hadiza recounted her story I could sense the anger and hurt from the tone of her voice. Even though she was hurt, she often wondered what it would be like if they actually were together and a part of her hopes he will come back to her because what they felt/feel for each other was stronger than what anyone could understand (women and our wahala sha!)

What amazes me though is not the dynamics of a non-relationship but the ‘breakup’ and the impact it has on the person/people involved. In all fairness, do we really have control over the people that we get close to? How do you stop yourself from getting into such compromising situations or maybe dealing with a relationship that was never labelled as one in the first? Is the person involved now an ex or a former friend?

I could go on and on but at the end of the day, if it was never a relationship then what was it?